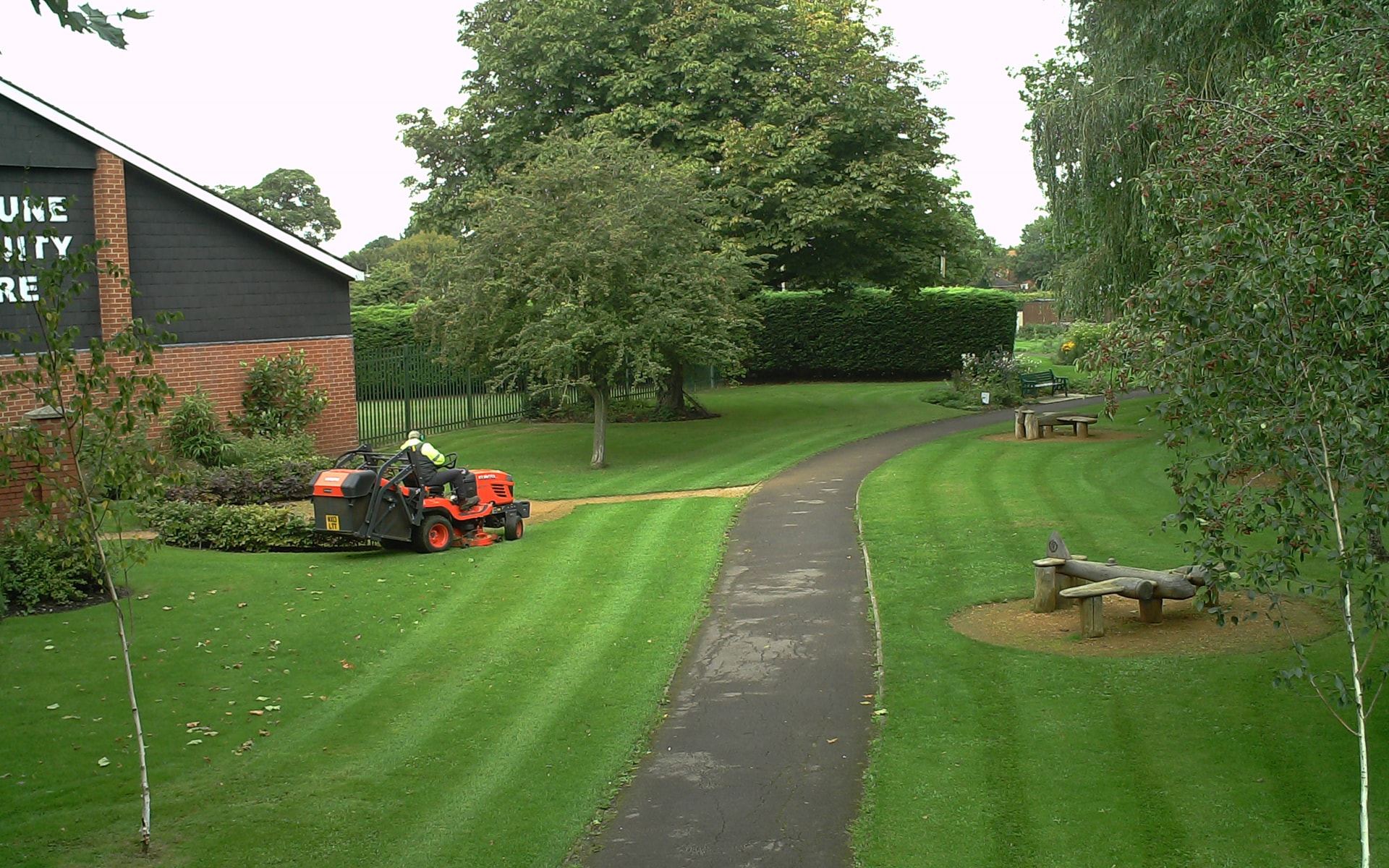 Wroughton has 8,500 residents and consists of a mixture of urban dwellings being a dormitory to the town of Swindon. There is an older part of original Wroughton with thatched cottages along Bakers Road and surrounds. Most front gardens were maintained but there were weeds in the gutters of a number of roads.

The River Ray runs through Wroughton and The Moat Pond which is fed by the river is an attractive feature with a natural surrounds, mosaics and an attractive cast iron dragonfly with plenty of seating to enjoy the view. The grass was well mown and litter free.

Wroughton has three schools – Wroughton Junior School and The Ridgeway School and Sixth Form are sited relatively close to each other. The surrounds of the schools were generally neat and tidy with a well maintained garden in front of The Ridgeway School but there was some rubbish lying about by a Biffa container outside the Junior School. The car park by the Babies and Toddlers was a little weedy.

The Leisure Centre alongside The Ridgeway School has many activities and obviously popular. Again the car park was free of litter.

There is a public footpath for cycles, horse riding and walkers which is well maintained leading to North Wroughton. Alongside is an environmental area which has a natural setting of trees and shrubs with defined paths through the grass. This area leads to a bridge over the River Ray to a sports field which was well mown, neat and tidy as was the sports pavilion. The noticeboard outside was up to date and orderly.

The Queens Golden Jubilee Playing Field was also in good order. The grass had recently been cut and the pavilion and sports equipment well looked after as was the children’s play area.  It was free from litter.

The open space by Boness Road was mown and the children’s play area had a safe surface. All were in good repair and neat and tidy.

The allotments off Moormead Road were well used and productive. There were areas where plots not being cultivated were weedy but the paths were kept tidy and generally in good order.

William Gosling who was recently awarded the Victoria Cross in the First World War and new stone walls and lovely gardens surrounding it. The original cross commemorates those who died in World War I and II.  Beautifully maintained.

The Ellendune Shopping Centre and Library were generally clear of litter but there was some rubbish behind some of the shops.

Ellendune Community Centre is well used and a number of activities take place as indicated on the noticeboard outside which was in date and orderly. The Willowbrook Gardens are maintained and the noticeboard was up to date.

Wroughton Infants School is sited near the Ellendune Shopping Centre and from the outside looked well-kept and tidy.

There are 2 garages in Wroughton whose premises were in good repair and the forecourts neat and tidy.

Bus Shelters were maintained and free of litter.

The Public Houses – Brown Jack, White Hart, Fox & Hounds, The Carters Rest were all different in character but their surrounds were pleasant and free of litter.

Wroughton Parish Church (St John the Baptist & St Helen) is now home to a pre-school. The surrounds were tidy.

The Catholic Church by the Pitchens was in use but the upkeep outside was good.

The Methodist Church off the High Street was neat and tidy outside.

The C of E Church by Wroughton House was in a delightful setting. The cemetery had recently been cut and was well maintained.

The telephone kiosks in Wroughton were all dilapidated. The windows were broken and when you entered they were full of rubbish – plastic bottles etc.

It is impressive that with 8,500 residents and with so many public facilities that Wroughton Parish Council, who has taken on the responsibility for the majority of grounds maintenance and pavilions within the village have done such an excellent job. The lack of litter is noticeable and we commend the Parish Council and residents for their hard work.