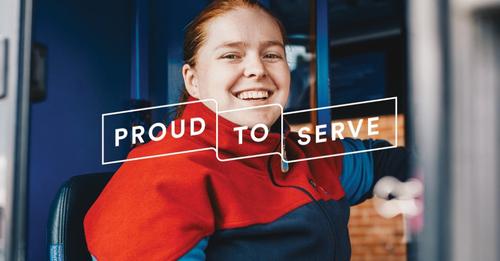 Councillor Cathy Martyn Update:
Early last week we contacted Stagecoach to try to get the no.9 rerouted whilst Mill Lane was closed, as it had become clear that the bus was not servicing the Wharf Road stops beyond the junction with Perrys Lane, which left some residents very isolated. We asked if it was possible for the bus to use the old route on a temporary basis, for the duration of the closure – ie: down Kellsboro, left into Maunsell Way and left again into Wharf Road.
Stagecoach advised they’d had issues on this route before with the buses hitting walls and cars when gaps were very small. They carried out a site visit but advised there were too many parked cars to use this route.
We asked if they could use a smaller bus, but they advised all their smaller buses are on the village routes and they don’t have any spare.
Last thing on Friday afternoon last week, we were advised that the Mill Lane closure will continue for another 2 weeks on top of the original 3 weeks. We are very aware of the impact that this would continue to have on the people living on Wharf Road who won’t have a bus service until Mill Lane is re-opened. We drove down Kellsboro on Saturday evening, when we assume most people would be home, and the cars parked on the road were only parked on one side, which we hope would leave sufficient room for a bus to get through.
So we’ve asked Swindon Borough Council if it’s possible to get any vehicles parked on-road to park only on one side of the road on the route, would they help us by raising with Stagecoach whether they would rethink their decision not to reroute the bus on a temporary basis, . We’re waiting to hear back & will post an update as soon as we’ve heard. The ultimate decision rests with Stagecoach.
If you have any queries or concerns, please email us direct. Thankyou.
Councillor Cathy Martyn: cmartyn2@swindon.gov.uk
Councillor Brian Ford: bford@swindon.gov.uk
Councillor David Martyn: dmartyn@swindon.gov.uk